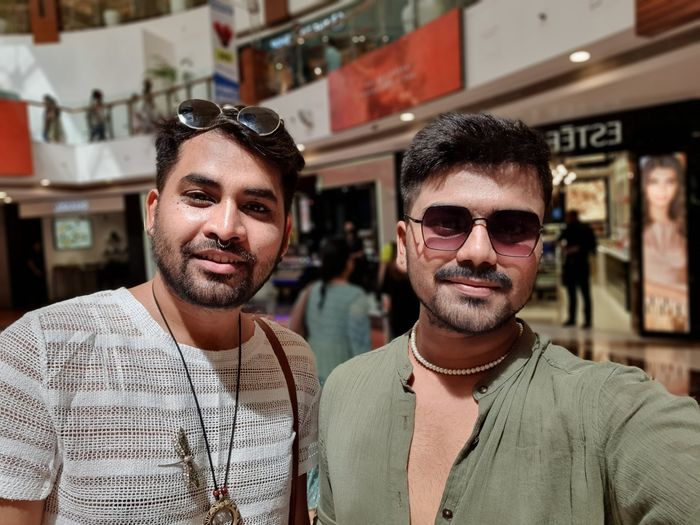 Priyanjul & I met in Bangalore through a friend. We started off on the wrong foot. But then I saw a picture of him wearing a black tux where I found him ‘pretty decent’ & texted him. That was the beginning - we texted for hours every day since.” Priyanjul adds, “The thing that made us accept each other, even as friends, was the safe space we provided each other. We were casually speaking about the secrets that we had never said out loud before. Then we met at a mall. Before that, Agni kept reiterating that it is JUST a platonic meeting. I wanted to Dunzo a legal bond paper that said YES, IT’S JUST PLATONIC. But things with Agni were moving very fast - yet beautifully. I was jobless in Bangalore for a month & I was going for an interview. For me it was - if I get this job, I will propose & if not, I’ll have to go back to Noida. Since this would be my very first relationship, I wouldn’t do a long-distance. I didn’t get the job, but I couldn’t close this chapter. So I just held his hand & asked him, ‘Do you want to be my partner?’ He said, yes! It was quite unromantic.” Agni says, “But I’m a romantic - so we balance each other. 2 missing pieces of a puzzle.”
Priyanjul adds, “In April ‘21, Agni invited me to his home for Bengali New Year. The fear of another lockdown had started. I asked Agni to come with me & ekdumse we were in a live-in in NCR. Agni came out to his mom…in Bengali for her better understanding. She was upset at first, that she wasn’t aware despite being his mother. But she accepted us without any labels when she saw us happy. I came out to my younger brother first & he accepted me immediately. Then I came out to my mom in 2020. It was a lot of struggle. She would push me to marry a woman. But slowly she became more accepting. Then with Dad, there was a discussion…he didn’t accept me. We haven’t spoken since then. But it’s all a part of the process & as a queer person, I have signed up for it.” Agni says, “We had a ‘so-called’ engagement! We both love jewelry so we bought 2 rings & we stood at the East Gate of Mall of India in Noida & exchanged rings. It is a great inside joke but life has been full of ups & downs-yet so fulfilling!" 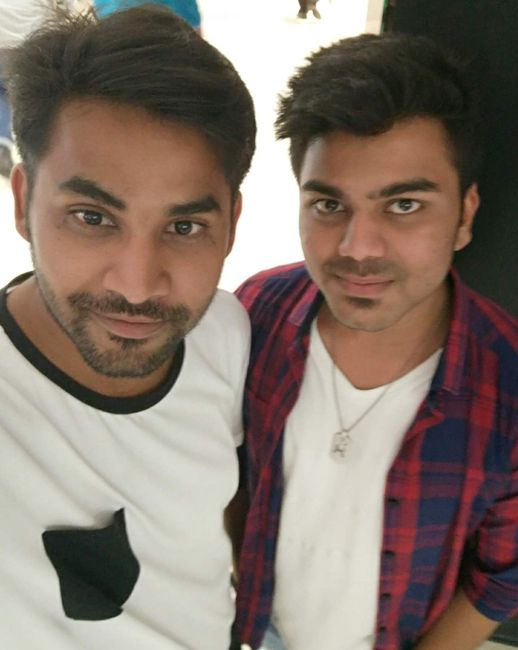